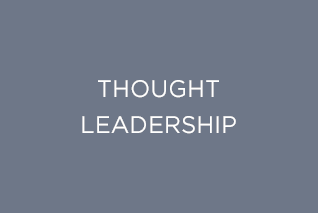 Oops…Have We Missed Something? The Challenge of Business Partnerships

The optimal functioning or “health” of a business partnership lies at the core of businesses structured in this way. But too often insufficient attention is paid to the dynamics of the partnerships and as a consequence, businesses may fail. Well intentioned from the start, a plethora of problems can occur, many of which are preventable if only people realized what goes into creating and maintaining sustainable partnerships.

A great deal of the literature on business partnerships likens the relationship to that of a marriage, with which many can identify. It is indeed a useful metaphor for thinking about how partnerships form and develop from there. From the idea of courtship to a prenuptial contract, to the marriage and honeymoon period, as well as facing the vicissitudes of life thereafter – all lend insight into the highs and lows of any partnership.

Some of the dynamics played out will of course depend on the relationship between the parties from the start. Were they relative strangers, good friends or family? How did they come to see the potential complementarity between them? What has been the nature of the “courtship” as both parties negotiated their mutual and individual interests?

Once the idea of a business relationship is contemplated, all the advice points to putting a great deal of effort into the “prenup” agreement – a Partnership Agreement in which mutual expectations and roles are clarified in addition to interrogating various eventualities, including exit strategies. Some writers have highlighted that such agreements are in fact not done for a variety of reasons. The excitement and optimism in the initial stages of building a business may lead to the feeling that this is unnecessary and that focus should rather be on developing the business as opposed to thinking about potentially negative issues. The use of an outside expert contracts lawyer is highly recommended but at this stage, money may be tight and such input viewed as too expensive. But wisdom points to the importance of this document to guide the partnership through good as well as tricky times.

At the heart of a partnership is the extent to which parties know each other well, both personally and professionally. A clear understanding of what each brings to the table is critical. Skills, resources, leadership styles as well as personal values, ideals and goals are paramount to interrogate. These need to be revisited and examined as the business evolves and changes. Just as in a marriage, unforeseen circumstances arise, new developments are introduced and consequently good, regular and meaningful communication lays the foundation for dealing with such factors. Are meetings regular and do they deal honestly with issues? Are the parties able to raise contentious as well as positive developments? A high degree of trust between the parties is fundamental to the process of communication. This includes the experience that both parties’ interests continue to be served. Have roles remained clear and are they serving the business well? What changes may be needed to make improvements? Working on the relationship and keeping potential challenges top of mind are key to success.

Frequently, eventualities in the business cycle introduce complexities that need to be resolved. To what extent is the business growing and acquiring additional staff? Who manages and how are people managed? What happens to profits? Are they re-invested in the business or paid as dividends? One partnership had huge difficulties as the one party, to support an expensive lifestyle, needed all the money he could get out of the business while the other wanted to reinvest to meet the strategic objectives of the business, including the hiring of additional staff. The resolution of this explosive situation required the input of a mediator who had to facilitate a difficult conversation in which both parties had to confront their differences and give each other tough feedback to find a compromise.

Another partnership in trouble had at its core a problem with communication styles. The more senior partner came across as a “critical parent” which resulted in the other party responding as an “angry” or “withdrawn” child. This led to their interactions ending up either in a fight or a period of “sulking” and no communication at all. Once the unhealthy way of communicating was pointed out and explained, both parties understood the dynamics and were able to change their interactive styles.

As in the context of a marriage, third party intervention in the form of mediation can be a useful process to deal with partnership hiccups. The earlier on in potential conflict that this happens, the better. Too often it is not until the conflict has spilled over that a mediator is called in to assist in resolving the matter. A better idea is not to wait until this occurs. The concept of a partnership “health check” is a useful one. In this practice, a third party would be called in to assist the partners identify both the strengths and weaknesses of their relationship and facilitate a way forward that plays to the strengths and helps resolve any potential issues they may be facing. It is a preventive measure to help preclude problems from developing in order to sustain a healthy business.